Dorian Satoshi Nakamoto of Temple City, California has lived in the U.S. for more than 50 years. He speaks and write English better than you and I. His entire career is about secretive technologies, and even if Newsweek is only half-right about his personal life, Dorian Satoshi matches precisely the expected persona of the inventor of Bitcoin. Regardless, Nakamoto wants privacy, and the law is clear that private individuals deserve to have their privacy respected.

The creator of Bitcoin has been identified, found and interviewed. 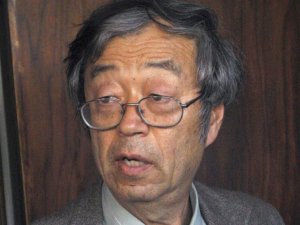 Newsweek’s Leah McGrath Goodman has written the most important Bitcoin article to date.  It is unfortunate that Newsweek decided to show a photograph of Nakamoto’s house, an disrespectful slap in the face to Nakamoto.  Why was the residence photo necessary for this article?  The only reason someone should be outed in this manner is if it is an openly public figure who is accused of some kind of

Newsweek and Goodman do appear to be right on the money regarding Prentice S. Nakamoto’s identity as the Bitcoin creator.  Everything that Nakamoto says seems to be a match to what Bitcoin creator Satoshi Nakamoto has communicated in his previous communications.  Also Dorian S.  Nakamoto’s entire persona seems to match exactly that of the Libertarian computer scientist who would create Bitcoin.  If he really said “I’m no longer involved.” then that would also be an exact match, and an admission that he is Bitcoin’s creator.